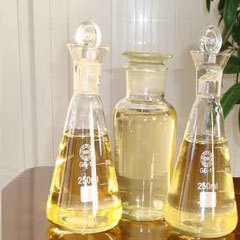 Ethyl acetate (systematically, ethyl ethanoate, commonly abbreviated EtOAc or EA) is the organic compound with the formula CH3COOCH2CH3. This colorless liquid has a characteristic sweet smell (similar to pear drops) like certain glues or nail polish removers, in which it is used. Ethyl acetate is the ester of ethanol and acetic acid; it is manufactured on a large scale for use as a solvent. In 1985, about 400,000 tons were produced yearly in Japan, North America, and Europe combined.In 2004, an estimated 1.3M tons were produced worldwide.