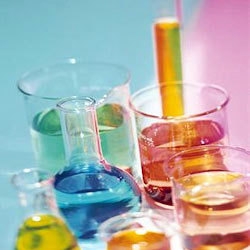 Methyl isobutyl ketone(MIBK) is the organic compound with the formula (CH3)2CHCH2C(O)CH3. This colourless liquid, a ketone , is widely used as a solvent.

Unlike the other common ketone solvents, acetone and MEK , MIBK has quite low solubility in water, making it useful for liquid-liquid extraction. It has a similar polarity to ethyl acetate, but greater stability towards aqueous acid and base. It can be used to extract gold, silver and other precious metals from cyanide solutions, such as those found at gold mines, to determine the levels of those dissolved metals.