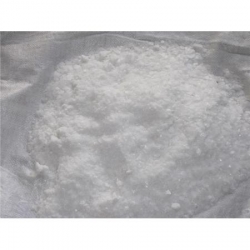 Para Dichlorobenzene is an organic compound with the formula C6H4Cl2. This colorless solid has a strong odor . It consists of two chlorine atoms substituted at opposing sites on a benzene ring. p-DCB is used a pesticide and a deodorant, most familiarly in mothballs in which it is a replacement for the more traditional naphthalene. p-DCB is also used as a precursor in the production of the polymer poly(p-phenylene sulfide).

P-Dichlorobenzene is sometimes used as a deodorant for garbage and restrooms,

As an insecticide for control of fruit borers and ants.

The reaction of p-dichlorobenzene with sodium sulfide in a polar organic solvent to produce PPS - poly(phenylene sulfide) An engineering plastic used for surface coatings and model resins.

Para-dichlorobenzene may have had minor use as an extreme-pressure lubricant.

Applications include use as an intermediate in organic synthesis and as on animal repellant.