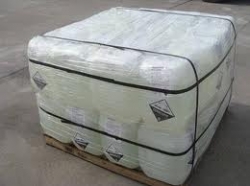 Phosphoric acid is one of the most widely known and used acid. This acid is also known as orthophosphoric acid and is a mineral acid. If you are wondering as to what is phosphoric acid made of, then you need to know that this acid contains three atoms of hydrogen, one atom of phosphorus and four atoms of oxygen. Thus, the formula of phosphoric acid is H3PO4. This is an important acid that has many uses in industrial applications as well as in medicines.

Medical Uses
One of the most important phosphoric acid uses is in medicine and dentistry. Phosphoric acid is used as an ingredient in over-the-counter anti-nausea medications which also happen to contain high levels of sugar, that is, glucose and fructose. In dentistry, this acid is combined with zinc powder to form zinc phosphate, which is used as a temporary dental cement. It is also used in orthodontics as an etching solution so as to clean and roughen the surface of teeth, before the placement of brackets and other dental appliances. This acid is also used in many teeth whitening solutions to eliminate plaque that may be present on the surface of teeth.