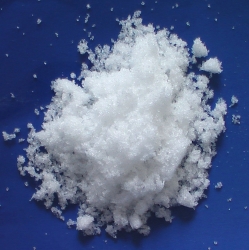 Sodium acetate is used in the textile industry to neutralize sulfuric acid waste streams, and as a photoresist while using aniline dyes. It is also a pickling agent in chrome tanning, and it helps to retard vulcanization of chloroprene in synthetic rubber production.

Sodium acetate is used to reduce the damage water can potentially do to concrete by acting as a concrete sealant, while also being environmentally benign and cheaper than the epoxy alternative that is usually employed for sealing concrete against water permeation .