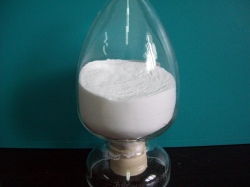 SHMP is used as a sequestrant and has applications within a wide variety of industries, including as a food additive in which it is used under the E number  E452i.Sodium carbonate is sometimes added to SHMP to raise thepH to 8.0-8.6, which produces a number of SHMP products used for water softening and detergents. Also used as a dispersing agent to break down clay and other soil types.