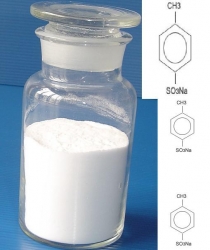 Toluene, formerly known as toluol, is a clear, water-insoluble liquid with the typical smell of paint thinners. Chemically it is a mono-substituted benzene derivative, i.e. one in which a single hydrogen atom from the benzene molecule has been replaced by a univalent group, in this case CH3.

It is an aromatic hydrocarbon that is widely used as an industrial feedstock and as a solvent. Like other solvents, toluene is sometimes also used as an inhalant drug for its intoxicating properties; however, this can potentially cause severe neurological harm.