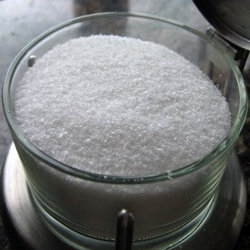 Ethylenediaminetetraacetic acid, widely abbreviated as EDTA is a polyamino carboxylic acid and a colourless, water-soluble solid.Its conjugate base is named ethylenediaminetetraacetate. It is widely used to dissolve scale. Its usefulness arises because of its role as a hexadentate ("six-toothed")ligand and chelating agent, i.e. its ability to "sequester" metal ions such as Ca2+ and Fe3+. After being bound by EDTA, metal ions remain in solution but exhibit diminished reactivity. EDTA is produced as several salts, notably disodium EDTA and calcium disodium EDTA.

In industry, EDTA is mainly used to sequester metal ions in aqueous solution. In the textile industry, it prevents metal ion impurities from modifying colours of dyed products. In the pulp and paper industry, EDTA inhibits the ability of metal ions, especially Mn2+, from catalyzing the disproportionation of hydrogen peroxide, which is used in "chlorine-free bleaching." In similar manner, EDTA is added to some food as a preservative or stabilizer to prevent catalytic oxidative decolouration, which is catalyzed by metal ions.In personal care products, it is added to cosmetics to improve their stability toward air.In soft drinks containing ascorbic acid and sodium benzonate, EDTA mitigates formation of benzene(a carcinogen).